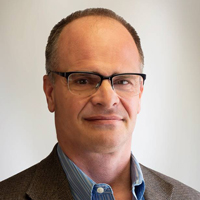 Having served as Street Corner’s CEO for over 30 years, Peter is at the forefront of a major shift in the c-store industry — from tired store models to fresh, innovative formats. This approach has been successful, too: since opening the first Street Corner convenience store in the West Ridge Mall in Topeka, Kansas in 1988, the company now has dozens of franchises throughout the U.S. Peter still enjoys talking to new franchise owners and regularly visits locations across the country via his four-seater single prop airplane which affords him the ability to qualify locations, meet potential franchisees and visit existing stores. Also, his direct line is available to franchisees in need of his assistance.

You could say it all began when, as a college student, he began selling hot dogs and pretzels on a street corner outside a popular nightclub in Poughkeepsie, New York. In the years that followed, Peter merged his entrepreneurial vision with a local attorney's business and legal expertise to form McColla Enterprises, Ltd., and the rest is history.

At the office, Peter enjoys the company of his two dogs, Lacy and Samantha. When he’s not working, he enjoys traveling with his family, sailing, and playing tennis.

Peter’s words of wisdom: "The golden rule is important in business. I often ask myself, ‘How would I want to be treated in this situation?’" 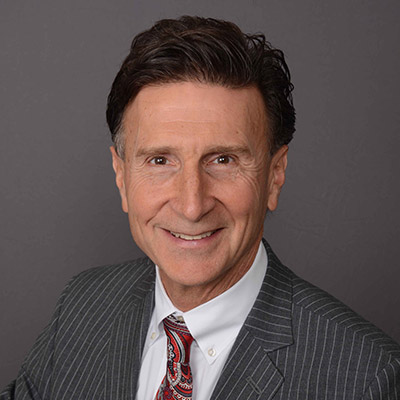 As a co-founder of McColla Enterprises, Ltd., Dan has provided decades of legal expertise and guidance to Street Corner since 1987. He continues to hold both a legal and a strategic role within the company, and handles everything from generating franchise agreements to policy setting and vision planning for Street Corner’s future. At any point in the franchisee relationship, Dan is our go-to for contract negotiations, leasing issues, or helping with the legal implications related to employees, claims, or operational concerns.

When not otherwise occupied with Street Corner or his legal practice (he’s the senior partner at a ten-lawyer firm in Poughkeepsie), Dan enjoys traveling with his wife throughout the U.S. to visit his three adult children. He also tries to make time to dabble in the arts, and most recently has taken up stone carving.

Dan’s words of wisdom: “An entrepreneur needs to surround themselves with the following three professionals: a financial backer, a good accountant, and a good lawyer. That, coupled with hard work, helps guarantee success.” 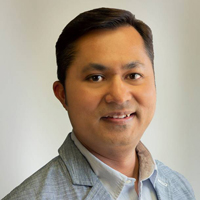 Kalpesh helps new and existing franchisees ensure everyday operations run smoothly, whether he’s fielding product questions, working with vendors, or bring new stores to life. Since he was first hired as a Street Corner intern 14 years ago, Kalpesh worked his way up to a management analyst position and finally into his current role. This can-do attitude and strong work ethic make him an integral part of our team.

Kalpesh hails from Gujarat, India, where he began his career in manufacturing before moving to the United States. He began his career at Street Corner in 2005 as an intern from the local university where he used Street Corner as the basis of his capstone project, utilizing regression analysis for his master’s degree in business administration. Having traversed countries and changed careers, Kalpesh has learned to put himself “in other people’s shoes” — a mindset that guides him as he helps Street Corner franchisees with their own new beginnings.

Currently, Kalpesh resides in Topeka with his wife and two kids. In his down time, he enjoys watching films — particularly Bollywood and comedies — and traveling.

Kalpesh’s words of wisdom: "If you do good things, good things will happen to you." 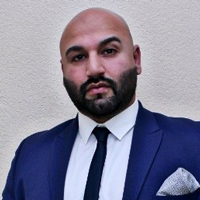 In his role as franchise advisor, Vikram provides attentive and honest guidance to potential owners looking to open a Street Corner store. By conducting sophisticated research to locate properties that are a good fit, arranging meetings with landlords, and negotiating lease agreements on behalf of the franchisee, he demonstrates a commitment to the best interests of each potential store owner.

Currently, Vikram owns two stores in the San Diego area and would like to develop 12 to 19 additional locations in the next five years — with the end goal being to change the industry with Street Corner’s fresh, innovative store concepts.

As a child, Vikram learned about the nuances of business ownership while watching his father run a successful convenience store in California. Several other family members followed suit and he also went on to own 18 of his own stores. Today, he brings this experience and his business acumen to the Street Corner team as he helps develop stores nationwide. 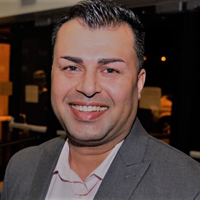 Deepen’s role involves guiding potential franchisees through the early stages of opening their own Street Corner store. This entails answering questions about available opportunities and scouting potential locations; then, after lease negotiations, he his responsible for training the store team and preparing for opening. After a store is open, Deepen makes frequent visits to ensure overall store success and sales growth.

Deepen estimates that dozens — if not hundreds — of his family members are also business owners in the hospitality industry, running their own hotels/motels, restaurants, and gas stations. Having such an entrepreneurial background gives Deepen a better understanding of the unique pain points experienced by those considering opening their own Street Corner franchise.

Having been born and raised in the San Fernando Valley, Deepen developed a keen understanding of the region and its demographics — which makes him the ideal point of contact for individuals considering franchise ownership in LA County and the surrounding area.

Deepen’s words of wisdom: "Work hard, play hard, and strive to be your own boss one day." 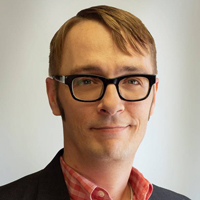 As our most recent hire, Ben brings a vast array of technical skills and his hardworking spirit to the Street Corner team. Having worked at several gas stations and convenience stores early in his career, Ben understands the industry from many angles — which is helpful as he assists with store operations and franchisee requests.

In his spare time, Ben and his wife enjoy volunteering for their community’s historic theater. Ben is also an avid cyclist and rode across Australia in 2015 — he and his wife dream of continuing the adventure by buying an RV and traveling throughout the U.S.

Ben’s words of wisdom: "The best thing you can do is work to make someone’s life easier." 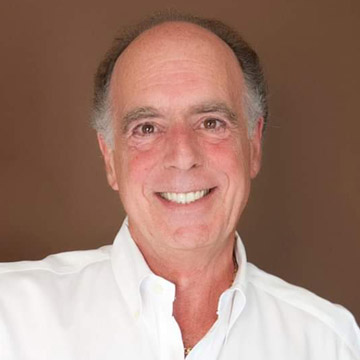 Ed evaluates new properties that will offer gasoline, then advises the team as to the pros and cons of specific locations. He is responsible for locating gasoline distributors in the marketplace and setting up meetings with franchisees to discuss brands, pricing, and profitability of gasoline equipment. Since retiring from one of the largest convenience store chains in the world after a 47-year career, Ed opened his own company — and he has now worked as a consultant for Street Corner for five years.

And you could say Ed knows the ins and outs of the business. Right out of college, he “fell in love with” his job at that large convenience store chain — so much so that he stuck with it, eventually becoming the president of the New England Convenience Store Association. Later in his career, he received the “New Business Business Rep of the Year.” Over the years, he has seen many changes in the industry, but he views these as exciting transformations that keep his work-life interesting.

In his spare time, Ed enjoys golfing and spending time with his wife and grandchildren.

Ed’s words of wisdom: "When your industry is continually changing, you must change with it."

As a successful franchise owner of a Street Corner Market in Downtown Cincinnati, Jim Condict is our go-to for advising new store owners as they open their own businesses and begin training. Franchisees can expect complete transparency when interacting with Jim, as he draws from experience operating a high-volume quick service restaurant (QSR) to offer valuable guidance and straightforward recommendations. He also actively implements new offerings and ideas for his on-the-go customers — ideas which are often repurposed by our larger franchisee network.

When he’s not working, you’ll find Jim hiking with his children, playing golf, obsessing over fantasy football, and spending time with his family. Jim is also a 10 year veteran of the US Navy Submarine Force. He has circumnavigated the globe, traveled to the North Pole, and swam in the Mariana Trench.

Jim’s words of wisdom: I believe in being genuine and making connections with everyone I meet. With a little conversation it’s amazing to see how alike we all are. 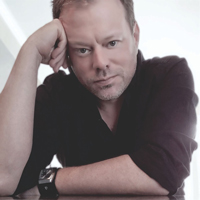 Scott and his team of designers, copywriters, and web developers at TRUITT | Brand Design handle all of our branding, visual marketing, web site and store design.

Over his 25 years designing retail spaces, Scott has designed everything from a body piercing studio to a funeral home, big box stores to your corner store, professional sports stadium retail to restaurants. He designed the prototypes for each of our four store formats, and he leads the design process on every new location that we build as well as remodels on existing stores. Scott will walk you through his design process as he designs your store, explaining how each feature element in the store is designed to engage your customer and inspire them to buy, and work with you on any unique features that will maximize sales in your specific location.

Scott hails from the Seattle area and travels frequently, but currently enjoys the slower pace and outdoor lifestyle of Boise, Idaho.

Scott’s words of wisdom: "Customers don’t want to just buy from you – they want to identify with you. If you identify with them, they’ll be a loyal customer for life."